Why It All Went Wrong

In December of 2004 we listened to new Notre Dame football coach (and '78 ND grad) Charlie Weis tell us about the "decided schematic advantage" and the "nastiness" that Notre Dame would have under his watch.  The Notre Dame faithful ate it up.  He was one of us.  He understood the history and tradition at Notre Dame and he had a great big shiny Super Bowl ring.  We knew that he "got it."  He would be the first coach since Lou Holtz who "got it."

Except, he doesn't get it.

He learned from Bill Parcells and Bill Belichick who both took a very business-like approach to the game.  Obviously, this worked very well.  These guys won a ton of games and a handful of Super Bowls.  In the NFL.  Unfortunately, the college game is much different.  You're dealing with young kids who rely a lot more on emotion to play the game.  Aside from knowing our X's and O's, you have to know how to get the kids fired up for the game.  Charlie thinks that this is the NFL, where the players get plenty motivated by their large salaries and their fear of losing their jobs to the next guy in line.  He doesn't understand the importance emotion plays in the college game.  He's said as much in his press conferences.  I believe that's a major reason why this team has yet to play a complete game.  He doesn't get them fired up before or during the game so they never get the benefit of an emotional burst and don't know how to reach down deep for that little extra when they need it.  Unfortunately, they needed it about six different times this season and only came up with it once - during the first game of the season.

Because Charlie doesn't get it, his team doesn't get it.  Until they do, they'll never play to the level of their talent.  Thanks for giving your best effort, Charlie, but it's time to move on.
Posted by Unknown at 9:32 PM No comments: 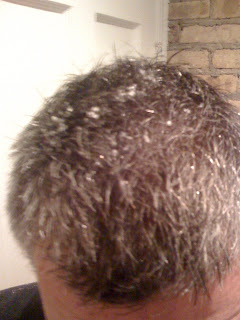 See that stuff in my hair?  No, not the gray.  The other stuff.  It's snow!  It started snowing heavily on my walk home from the train today.  Near blizzard conditions.  I loved it.  I always love the first snow of the season.  I'm sure I'll be sick of it by mid-winter but for now I love the snow.
Posted by Unknown at 8:08 PM No comments:

Email ThisBlogThis!Share to TwitterShare to FacebookShare to Pinterest
Labels: snow

Note: I realize I'm a little late to the party, but I'll give you my thoughts on the election anyway.

Where was I when it was announced that Barack Obama would be our next President?  In the shower.  In a hotel room.  In Mexico.  They say that everyone will remember where they were when America's first black President was announced.  Well, I hope it doesn't become something that people ask me when I'm older.  Had I been at home in Chicago, I most likely would have been in Grant Park celebrating with the rest of the city.

It was very strange to see people celebrating just blocks from my office while I was lounging in the warmth of Mexico.  What was even more strange was the feeling of witnessing history from outside my own country.  This election was one of my lifetime's biggest moments and I felt very disconnected from the whole event.  It was Dee and I alone in our room.  We couldn't really celebrate with Drew and his fiancée because they were supporters of the losing side.  No one at the resort was talking about it and it was almost as if it hadn't happened.  Dee and I were excited, but we didn't feel the excitement that all my friends at home talked about.

For Dee and I, the initial excitement of the election didn't take long to wear off and I began thinking about the monumental task that Obama has in front of him.  However, I had hope.  I watched John McCain's concession speech and was impressed with his graciousness.  I wondered where this John McCain had been the whole campaign.  I firmly believe that had we seen more of that McCain, the race would have been much closer.  I watched Obama's victory speech and felt like he struck the right tone of tempered excitement.  Everyone seemed genuinely ready to get to the work of fixing our nation's problems.  I just hope they can hang on to that spirit throughout the next four years.
Posted by Unknown at 7:42 PM 1 comment:

The Blue-Gray Sky is Falling

I wore my ND sweatshirt home from Mexico on Saturday. A guy stopped me and said, "You still wear that out?"  I responded by saying that I was still proud of my school even if I wasn't particularly proud of the football team.

The fact is, I have no idea what's going on.  Due to my trip to Mexico, I had been traveling for the past two Saturdays and was unable to watch a single play of either game.  When I got home, I logged on to NDnation.com to get a feel for what the fans were thinking after two tough losses.  I quickly realized that I needed to head to my underground bomb shelter because the sky was falling.  People were calling for Charlie Weis's job.  It wasn't just a few people calling for Charlie's job; nearly everyone was calling for Charlie's job.  If they weren't saying that Charlie should be fired now or at the end of this season, they were admitting that we'd have a new coach by 2010.  I was shocked.  Yes, we had just lost two games but I didn't think that it necessarily meant that the world was over.  Going into the season, I knew that losses to Pitt and BC were very possible.  In fact, I predicted five losses for the Irish so I wasn't surprised to be 5-4 at this point.  Unfortunately, it seems that the losses to Pitt and BC were especially bad losses.

I haven't seen the past two games, but that pretty much sums up how I feel.  I don't think the sky is falling and I don't think we have any kind of chance of upsetting USC.  I'm almost positive Charlie will be back next year and the ND Administration will decide what to do with him after that.

In the meantime, I'll be rooting my ass off for the next three weeks.
Posted by Unknown at 8:35 PM No comments:

A few months ago my brother called me and asked if Dee and I wanted to stay at a sweet new resort with him and his fiancée.  At half price.  We couldn't turn down an offer like that.

Last week we boarded our flights to Mexico, excited about the fantastic new resort where we were about to be pampered for a week.  As we were being driven to the resort, Drew asked the driver about the resort.  Due to the language barrier, he didn't really understand the question and we didn't really understand his answer but we got the impression that he was very impressed by where we were headed.  We knew it must be special.

We arrived at the resort and they greeted us with drinks and smiles and sat us down in the spacious lobby and a nice woman named Lili told us all about the features of the resort.  Then Lili took us to our rooms.  When we walked outside we were bombarded by sunshine, warm air and the sweet, sweet sounds of construction. 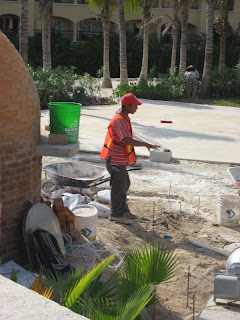 Those orange-vested fellows were everywhere, dotting the landscape like Christmas lights while the excavation equipment's reverse alarms were playing joyous carols in the background.  It was magical.
The rooms were very nice, if unfinished.  We decided to go somewhere else.  Drew went down to talk to the hotel manager and he offered to set us up at one of the parent company's other resorts in the area.  We agreed and dragged our bags back to the lobby.
As soon as we entered our rooms at the new resort, we realized we weren't going to be pampered in the same way we originally thought.  In fact, we might have stumbled into a murder scene.  Judge for yourself: 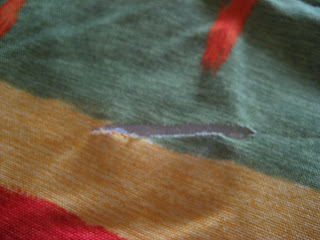 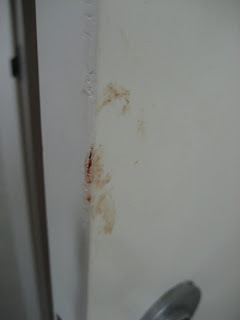 A torn (possibly sliced?) comforter and a blood-stained door.  Yes, luxury.  Despite the poor conditions, we were so tired from the trip that we laid down atop the comforters and napped.  That nap turned into an all night sleep-fest.
The next morning we got up and went down to the beach to get some sun, but mostly to get out of the room.  I settled in with a book, Dee perused one of her celebrity magazines, Alyssa napped and read her book and Drew disappeared for a while.  When he came back, he announced that he got us moved to newer, better rooms.  Even so, Drew and I gave the water a good hard look to make sure no more catastrophes lurked within. 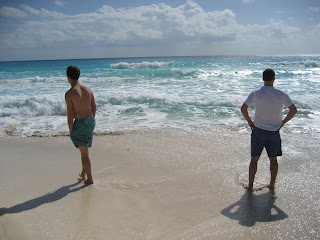 Posted by Unknown at 7:56 PM No comments:

Email ThisBlogThis!Share to TwitterShare to FacebookShare to Pinterest
Labels: vacation

Get the latest news satire and funny videos at 236.com.
Posted by Unknown at 1:28 PM 2 comments:

My Vacation in Sketches

I'll post more about my vacation later but for now I'll post a sketch I did for each day and let them tell the story. 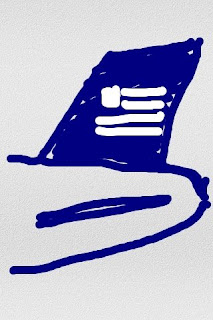 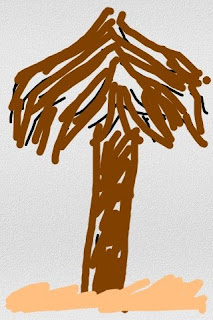 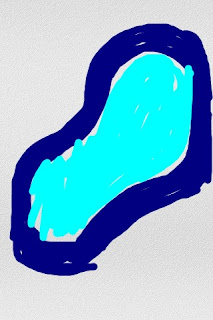 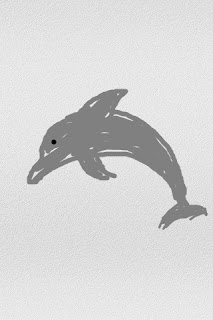 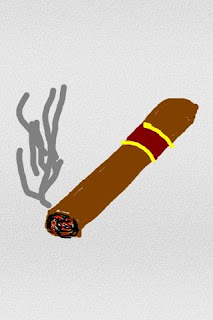 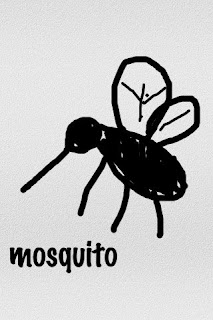 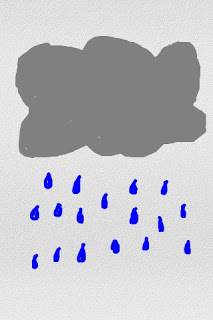 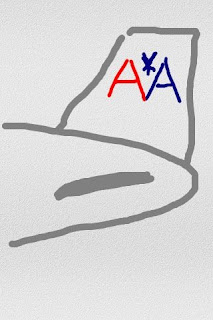 Posted by Unknown at 7:38 PM No comments: