The Bachelor Pad Finale - A Review

We’ve come to the end.  This is the last article you will ever read from me.  Until next week when I start reviewing Dancing With the Stars.  You know, instead of watching Monday Night Football.  Please kill me.

Once again, everyone congregates in the angry living room and they all look confused.  You can see them begging the cameramen for something to say.  Even the Padistanis know this little charade is pointless.

The Challenge — Ballroom Dancing
It’s like The Bachelor Pad is taunting me.  They are obviously taking the so-bad-it’s-good theory towards programming by combining the two worst shows on television.  Each couple will learn a ballroom dance routine from one of the pros on Dancing With the Stars.  Can we get the Padistanis to talk about how they love Modern Family while we’re at it?  Let’s just make the whole show a commercial for ABC’s other programming.  It’s better than what we’re actually watching.

Tenley and Kiptyn are assigned the Foxtrot and Chelsea Hightower as their pro.  Is anyone surprised that Tenley has taken tap, ballet and jazz?  Only if you are as dumb as her.  Kiptyn looks as awkward as you would expect.

Before they even meet their pro, Elizabeth tells Kovacs that he needs to concentrate on her otherwise she will stab him it will keep her from focusing.  Naturally, their pro is Edyta — the hot one.  The really hot one.  Kovacs loves it and Elizabeth says, “The first time Edyta touched my man, I started to feel insecure, actually.”  Started?  I think she meant that she felt even more insecure.  She followed that up with, “I don’t feel like I’m as sexy as Edyta.”  You’re not.  Not even close.

David and Natalie are assigned Louis van Amstel and the Cha-Cha.  Louis tries to get them to be sexy.  He asks if they have sex in the house.  I wanted David to ask, “With each other?”  He let me down, just like everything on this show.

The Dancing
I assumed that the three judges would be the same three judges from Dancing With the Stars.  Instead it was the too skinny girl that follows Chris Harrison around, Jake from the last season of The Bachelor and someone named Trista.  They will be judging the dancing on performance, chemistry and effort.

Kiptyn and Tenley — Foxtrot
Disappointing outfits.  Obviously, they couldn’t get the tailors from Dancing With the Stars with no sense of taste or irony.  Tenley dragged Kiptyn around the dance floor and they even managed to fall over at the end.  Thank god they didn’t make us watch the whole routine.  Yet, they received an eight and two nines for a total of 26 points.  They fell down, judges.  A five should be high.

Kovacs and Elizabeth — Rhumba
As soon as the music started, they both completely forgot the routine.  They just stood there and danced with each other like you dance with your three year old niece at a wedding.  I do more dancing in my sleep.  I used their non-dance time to gear up for twos and threes from the judges.  Instead the judges give them three eights.  WHAT?!  THIS IS NOT YOUTH SOCCER!  EVERYONE DOES NOT GET A TROPHY.  GIVE THEM THE 2s AND 3s THEY DESERVE.  I HATE OUR SOCIETY. 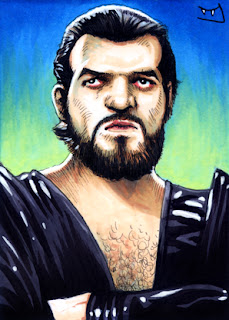 In a move of sheer brilliance, they dressed up David to look exactly like Non from Superman II.  It inspired him to dance like I imagine Non would dance.  You could even see him counting — especially when he completely gave up on the dance.  The judges still come through with a nine and two eights for a total of 25.  Not good enough for the win.

Tenley and Kiptyn win even though they fell down.  I repeat, the winners fell down.  That’s how bad everyone else was.  They have secured their spot in the finals and they get to choose who will join them in the finals.  Oh good.  Now we get to hear Tenley try to articulate how hard the decision will be.

The best part of reality shows is that it forces people to pitch their ineptness as an asset.  Kovacs tells Kiptyn that he would send home David and Natalie because they have been the strongest competitors and that he an Elizabeth have “been terrible.”  Yes, Kovacs, you are terrible but not in the way you think.

The Rose Ceremony
Tenley decides to wear a 90s prom dress for her big decision on who to keep.  Proving that they are sweet but never smart, they choose David and Natalie.  Kovacs and Elizabeth are going home.  Cue the Elizabeth stabbing spree.  What?  No stabbing spree?  Chris Harrison wore his knife-proof vest for nothing?

The final four are sent home in a similar fashion, only they will meet up at the live finale show in front of a studio audience.

The Studio Show
Where have I seen this before?  Oh yeah, it’s the “After the Final Rose” set.

All of the former Padistanis are invited back to cast their vote for the couple that goes to the final two.  I prayed for a recap of the whole season so that I could flip over to the Ravens-Jets game.  Alas, no.

In the least shocking announcement ever, Elizabeth tells the world that she and Kovacs are no longer together.  The crowd cheers.

The losing Padistanis get to ask questions of the final two couples before they make their decision.  Every single question begins with, “It hurt my feelings when…”  Boo fuckin’ hoo.  No one is entitled to recompense for every little slight they’ve suffered.  Grow up.  The questions are stupid and irrelevant.  Michelle goes way out on a limb and tells Tenley that she will not vote for her.  Tenley then mumbles some lame beauty pageant-esque apology that no one believes.

Each couple is then afforded the chance to make a final plea.  Natalie says that she had a lot of fun and hopes that she made friends and that she will use the money to pay off debt and for a cancer charity.  David says that he thinks that he played fair and was honest to everyone.  He explained a few of his moves and doesn’t back down when Gwen calls him out for saying that the people on the show who are over 30 are losers.  He just clinched the win.  Tenley talks about how uncomfortable the whole situation was for her.  God forbid we make Tenley uncomfortable.  She says, “You’re all probably thinking, ‘Tenley’s perfect, why does she need $250,000?”  Game over, sister.  Everyone hates you now.  Kiptyn rambles on about donating the money to charity and giving it back to the rest of the cast in the house.  I’m sure he would have won some votes had everyone not been completely bored to death.

The 15 remaining Padistanis write down the name of the couple that they think deserves to win the $250,000 on a white board.  Chris tells us that one couple needs eight votes to win.  You know, because we can’t do math.  David and Natalie win in a landslide, but it’s not over.

David and Natalie are sent offstage to separate rooms.  Each room has two signs, one labeled “keep” and one labeled “share.”  If both David and Natalie choose “share” they get to split the money.  If one chooses “keep” and one chooses “share,” the person who chose “keep” gets all the money.  If both choose “keep,” neither gets the money and it is split between the rest of the Padistanis.

Dave chooses “share.”  Natalie gives a speech that is supposed to make us think that she didn’t choose “share” but she chooses “share” anyway.  They both get $125,000.  Thank god it’s finally over.

My roses go to… 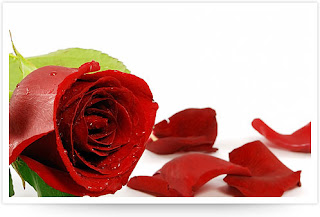 On to Dancing With the Stars!
Posted by Unknown at 7:54 AM

Email ThisBlogThis!Share to TwitterShare to FacebookShare to Pinterest
Labels: dancing with the stars, The Bachelor Pad