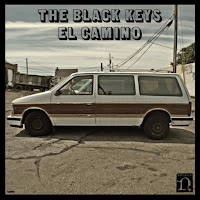 This album has been on repeat since a bought it a couple weeks ago.  In fact, I like it so much that I found myself wishing for traffic when I went to run errands the other day so I would have more time in the car to listen to this album.  This is just good Rock 'n' Roll.  Put it in your earholes.

2) The Whole Love by Wilco
I may not wear skinny jeans, flannel shirts, wallet chains and have a ridiculous mustache but I've been a Wilco fan since my music-loving college buddies introduced them to me.  This is not their greatest album, but it's pretty damn good.  They seem to have really hit their stride and figured out how to consistently turn out great albums.

3) Nine Types of Light by TV On the Radio
I feel like TV On the Radio is a band that I shouldn't like but I love them.  They do crazy, weird shit that just sticks in my head for weeks and weeks.  I highly recommend checking out their "video album" that they posted on YouTube.  It strings together all of the videos for all of the songs and there's a great little sketch at the end with the band.  It's a cool way to listen to the album but if you'd rather not listen to the whole thing, fast forward to the sketch at the end.

Podcasts
1) WTF Podcast  (www.wtfpod.com)
Marc Maron, a comedian, hosts this podcast where he invites on other comedians and celebrities to discuss their lives and careers and an issues he may have with them.  Maron has been a part of the comedy scene for years and years and he has had contact with nearly every comedian you've heard of.  It's good stuff.  Give it a listen.  It's free at www.wtfpod.com

2) Mike and Tom Eat Snacks (www.nerdist.com/podcast/mike-and-tom-eat-snacks/)
Michael Ian Black and Tom Cavanagh (he played Ed in the TV series "Ed.") choose one snack per week, eat it and rate it.  The snacks are basically just an excuse for Michael and Tom to banter back and forth in their witty and hilarious way.  They have great chemistry and they work off each other so well and so quickly that you'll want to slow it down so you can catch every little bit of what they are saying.

3) The Nerdist (www.nerdist.com)
Chris Hardwick hosts this podcast with fellow comedians Matt Mira and Jonah Ray.  They talk about all things nerd and frequently have awesome nerdy guests from all the shows and movies that nerds love.  Nerd.

4) The Moth Podcast (www.themoth.org)
The Moth is a storytelling competition where regular people get up and tell true stories based on the theme of the night.  No notes allowed.

5) Improvised Star Trek (www.theimprovisedstartrek.com/)
I'm not a big Star Trek fan but I've seen enough and absorbed enough about Star Trek and the sci-fi world in general that I can enjoy this podcast. Plus, my friend and hilarious improviser Sean Kelley is in it.  Also, it's a short one so it's easy to fit in to your day.

Comedy
1) Hilarious -- Louis C.K.
I just realized that I bought more comedy albums this year than I did music albums.  There are two comedy albums that I'm not including on this list.  Fuck it, I'm putting them on the list at 5 and 6.  Anyway, if you don't know who Louis C.K. is you've been living in a cave.  He's widely regarded by regulars and comedians alike as the funniest man on the planet.  This album is exactly what its title says even if that's not what he means.  Just listen to it, you'll get it.

Also, go to www.louisck.com and buy his most recent stand-up video for $5.  It's great too.

2) Finest Hour -- Patton Oswalt
I never thought I would like Patton Oswalt, but I do.  The guy can tell a joke.  If you don't have the time to listen to the whole damn album (which you should) definitely listen to "The Ham Incident."  You will break down laughing.  Dee and I did.

3) This Has To Be Funny -- Marc Maron
Yep, this is the same guy from the WTF Podcast.  Maybe I like this album so much because I like his podcast but the titular line is perfectly delivered on the album and probably his funniest moment.

5) Shakespeare -- Anthony Jeselnik
If you're the kind of person that can't laugh at death and cancer and AIDS and other horrible things, this is not for you.  There is no line he will not cross and he intentionally tries to cross all lines.  He comes at you with rapid fire jokes.  It's all setup, punchline, repeat.  Good stuff.

6) Cutting -- Amy Schumer
She likes to do dark, too.  Which is why I love her but she maintains a playful tone and she's flat out funny.

Books
1) The Postmortal by Drew Magary
Humans find the cure for aging.  Everyone gets the treatment.  Shit goes down.  Well thought out, well written, funny, clever.  It's by the guy who writes for Deadspin.com.

2) The Kingkiller Chronicles Series (In the Name of the Wind and The Wise Man's Fear) by Patrick Rothfuss
I believe this is classified as Fantasy.  Who cares.  It's good shit.  It's the tale of a young man who learns magic and goes on great adventures.  I guess that describes just about everything in the genre, but this is a great tale.  Rothfuss has yet to finish the third book in the series but I can't wait to get my hands on it.  The first two were fantastic.

3) A Song of Ice and Fire Series (A Game of Thrones) by George R.R. Martin
Another Fantasy series.  You may have heard of or seen the HBO series "A Game of Thrones."  That series is based on these books.  There are five that have been published and I believe there are two more (possibly three) that remain.  The first two are fantastic and dark and twisted and super involved.  I was worried about being able to remember the names and stories of all the characters but the characters are so memorable that it's not hard at all.  Everyone who knows about this will tell you it is awesome.

TV
1) Breaking Bad
I'd heard about this show but never dove in until this year.  I started with the first season and worked my way all the way through the next two seasons before watching the just completed fourth season as it aired.  It's dark, gritty and intense.  Highly recommended.

2) The Wire
Okay, I'm super late to the party on this.  HBO introduced their HBO Go app which allows subscribers to watch HBO programs (past and present) on their computers or phones.  I took advantage of this and watched every season of The Wire.  It's as good as everyone says.  I love me a good cop show and this is by far the best cop show I've ever seen.  In fact, it may just be the best show of all time.  Okay, maybe it's in a tie with Breaking Bad.

iPhone Apps
1) Downcast
Downcast allows me to search out and manage my podcasts on my iPhone and iPad so I don't have to go searching all over the web for my podcasts.  They download when they are available and they're ready for me to listen to whenever I want.  I use it nearly every day. 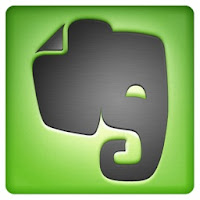 Do you need to remember things? Do you have stuff you need to keep track of?  Are you creative?  Do you write?  You need this app. You don't know it yet, but it will save your ass. Evernote will store and make searchable anything that you need to keep track of. Anytime I have an idea for a blog post, I pull up  Evernote on my phone or computer and jot it down.  Evernote then syncs with the cloud so that I can have access to my notes at all times no matter where I am.  You can take clips of web pages, you can snap photos of things and if they have text in them, Evernote will recognize the text and make it searchable.  If you're the kind of person that tracks receipts, it's perfect for that.  I use this multiple times a day (I'm using it right now!) and it's free!

3) Tiny Wings
A game for the iPhone.  You guide a little bird with tiny wings through a land of hills and valleys.  You have to use the hills to help him fly.  It sounds dumb, but it's totally addicting.

4) Google Voice
This allows you to set up a phone number and manage that phone number however you want.  Does Greg annoy the shit out of you?  Set Google Voice to automatically send Greg's calls to voice mail.  Then Google Voice will transcribe Greg's voice mail and send it to you in email so you don't even have to listen to his dumb voice.  I use it to send calls from our front gate to both my phone and Dee's phone so we never miss a package or food delivery.  It also has all sorts of other awesome features, but I'll let you go to the site and read about them.  Also, it's free.

I know it's a little too late to run out and get some of these things for your loved ones, but do it anyway because all of these things are awesome and it doesn't matter when you get them because they're awesome year-round.
****